John Lammi has lived in Mason County since January of 1998, prior to that, he had lived in Oscoda, Michigan. He is married to his wife Karen, and they have two sons, Matthew and Michael, both of whom have participated at the Western Michigan Fair for a number of years. They are currently farming cattle, along with swine and poultry, at his home in Riverton Township.  John has an associate’s degree in applied science from Ferris State University, and is employed with Consumers Energy.  John has been a leader of the 4-H group Barnyard Buddies, for over 10 years, and has been a volunteer with Mason County Central Schools and Scottville Recreation, as a baseball and basketball coach. (Term expires 2024) 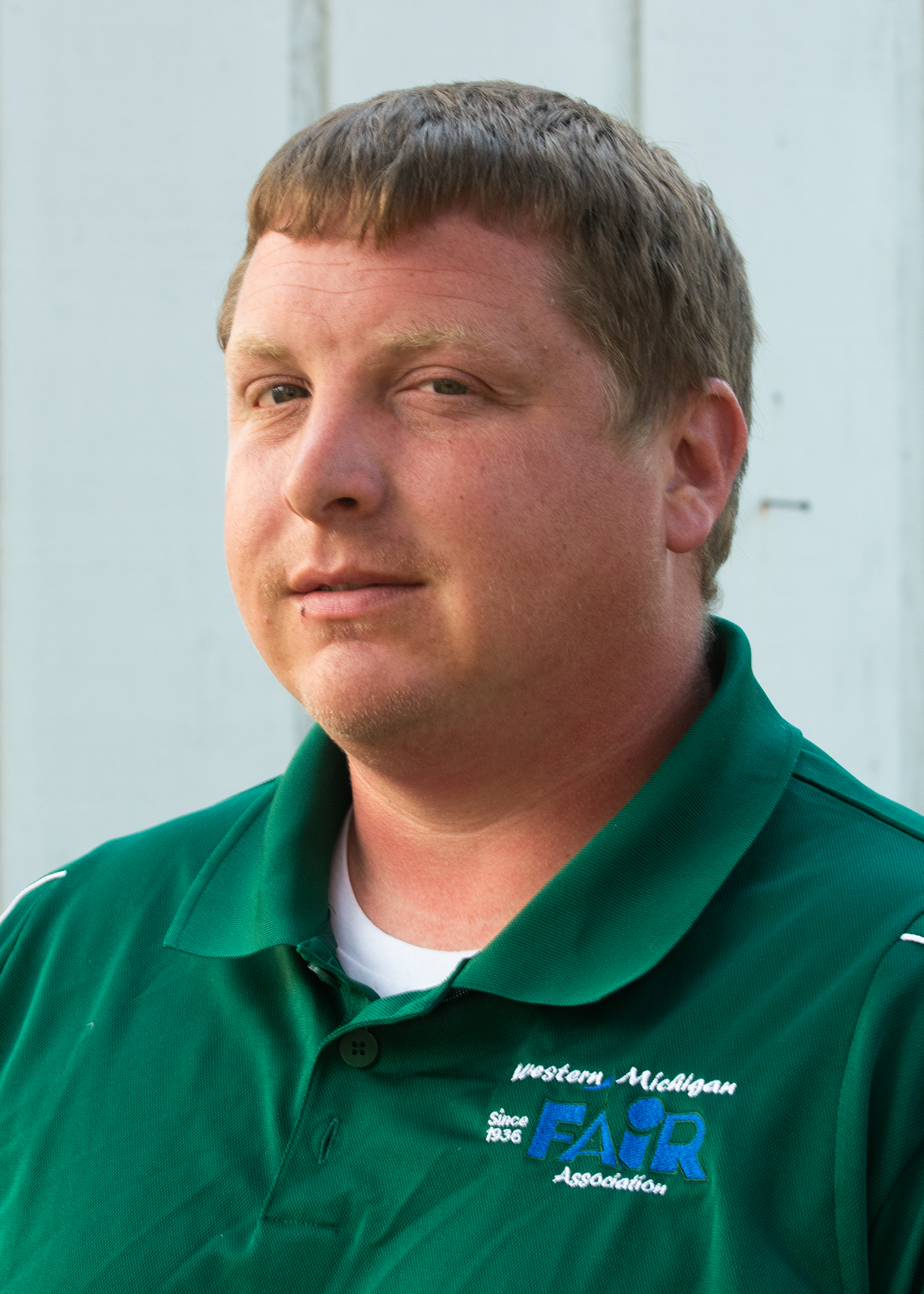 Bandon was born in Alpena, Michigan, but has lived in Mason County for 29 years. He graduated from Mason County Central and then went on to attend two tech schools at Wyotech. For the past 13 years, Brandon has been employed for UPS. As a youth, Brandon did participate in 4-H but then as a teenager, he transitioned into demo derbies, figure eight and off-road events. Brandon, his wife Carrie and their children Brooklyn, Brogan, Brayden and Bryce whom are 4-H members and sell animals at the West Mi Livestock Council Market Sale. Brandon’s goal serving on the WMFA Board of Directors is to continue creating great experiences for area youth and the community we live in. WMFA Committee assignments consist of Safety & Security and Parking and will help wherever he is needed. Aside from family, work and fair, Brandon enjoys RC Circle Track Racing, fishing and camping. He has coached his son’s hockey team, the West Shore Wolves for six years. (Term expires 2024)

John Cregg has experienced more fairs at the Mason County Fairgrounds than any other director. His family moved their 500 acre, 150 milking cow herd to Victory Township and at the age of 10, he began exhibiting a variety of 4-H projects which included both animals and non-livestock. When John aged out of the 4-H program, he became a 4-H Leader of the Northwest Livestock Club and has received his 30 year leadership pin. He has assisted his five children and now his sixteen grandchildren as they follow in his footsteps exhibiting and marketing their project animals. John and his wife Mary, chair the Buildings and Grounds Committee. Each spring it is that committees who makes recommendations and suggestions for repairs, new construction and capital improvements. John has been honored with both the Mason County 4-H Meritorious Service Award and Friend of 4-H. In 2014 he received the Michigan Fairs & Exhibitions Volunteer of the Year as well as Zone 3 Volunteer of the Year. He serves or has served in numerous capacities on the fair board, but he will tell you what he is most proud of “is that above all he is in it for the kids." John owns his own trucking business - Cregg Trucking. (Term expires 2023) 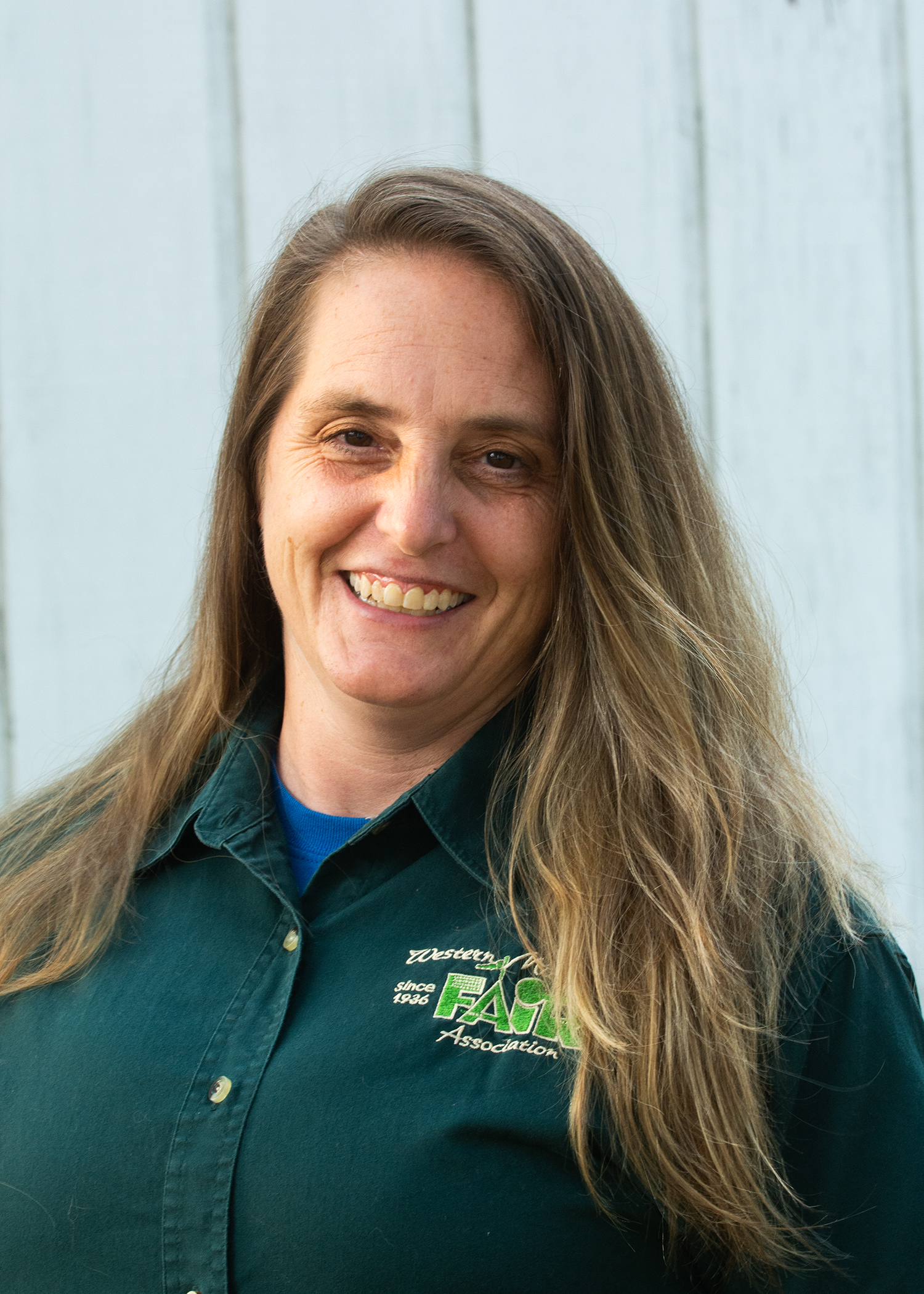 Sheri Howe: Is lucky enough to have been raised in Mason County. Her family owns a horse farm that they purchased when she was 2 years old. She has had horses all her life, so it is no surprise that she have been a 4-H leader for over 20 years. Sheri has also been an Equestrian Team coach for 15 years. She received her Bachelor degree in accounting from Baker College. She works for UPS in Ludington. Sheri was able to marry her high school sweet heart and at that time she was introduced to the dairy farm world.  Sheri and her husband have three wonderful children that are very involved in all aspects of their lives.  They enjoy showing all species of animals, take dance lessons and participate school sports. They have also been involved with the 4-H program since they were 2 years old.  Her great kids also help on both farms each and every day.  She has been a member of the Western Michigan Fair Association for the past 6 years. She can't express how wonderful it is working with this dedicated group of volunteers. (Term expires 2022) 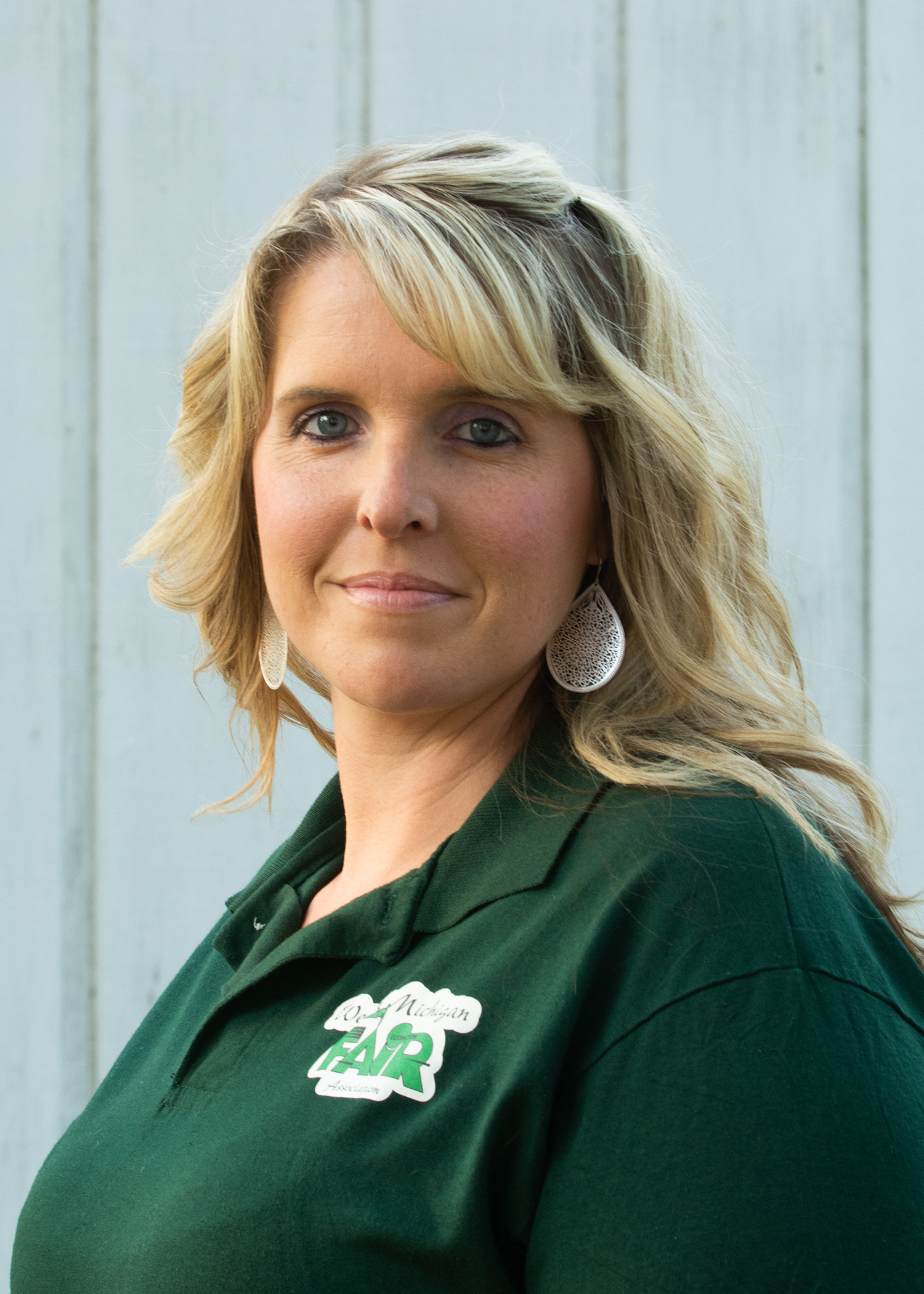 Ashley Jabrocki grew up in Mason County and graduated Mason County Central in 2005. She is a 4H Alumni and now is a leader in her own 4H club. Ashley was elected to Treasurer in 2021. Ashley is the mother to seven of her own children and has 20 youth she works with. Besides their club, her family is active in sports, plays Hockey and they enjoy riding their horses. Ashley wanted to join the fair board to give a positive experience to all the youth. "It's all about making memories". She is excited to volunteer and make this a fun fair experience for everyone and said "The fairgrounds has always been like our families second home." (Term expires 2022) 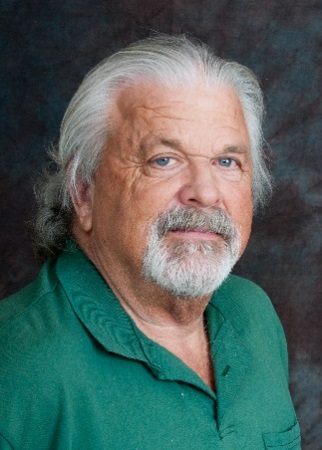 Rod Baker was elected to the fair board in 2004. He has served as an Executive Director and has held the position of President. Born in Mason County, the family lived just outside of the Scottville city limits. He graduated from Mason County Central. Rod went on to attend Business College but was drafted into the United States Army in 1966 during the Vietnam War era.  Upon his return from the service, Rod went to work for General Telephone and retired after 28 years for the company.  Rod met and married Paddy and they have celebrated over 40 years together. They have raised three children. It was Kelly, their youngest daughter who became interested in horses and that led to 4-H and the fair. It was also this interest which led Rod and Paddy and Hiram and Carol Herrick to organize a group of volunteers who for a number of years held a very large and prestigious horse show named the Great Lakes Country Classic.  In his younger days, Rod participated in sports, especially softball. He is remembered for the many awards and recognitions he received playing the game and it is why he got the nickname of “Bam Bam Baker". (Term expires 2024) 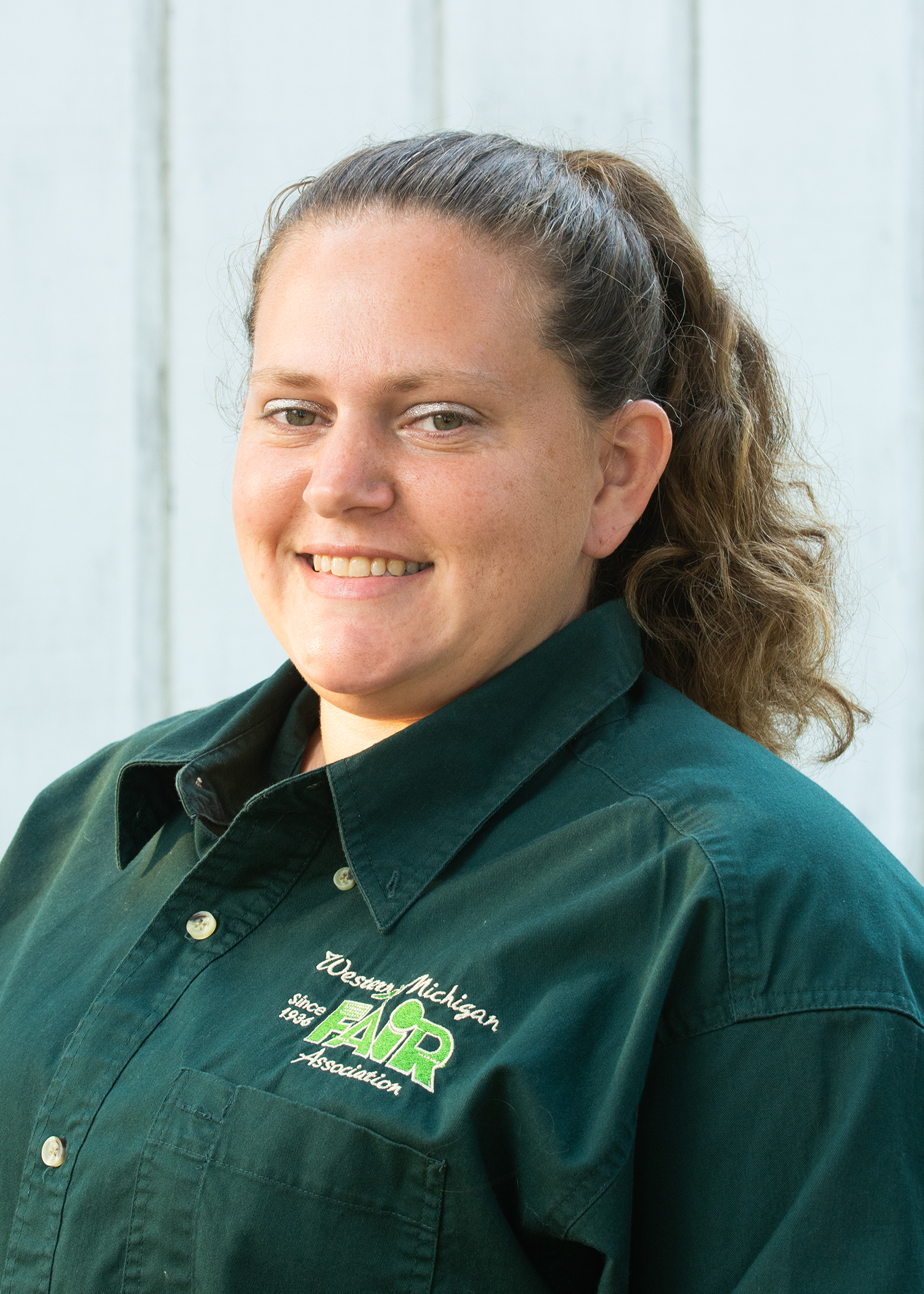 Angel’s family moved to Freesoil in 1994 and she has lived in the area ever since. She is a 2005 graduate of Freesoil High School and in 2007 married her high school sweetheart Jason. They have three children and a nephew who keep Angel and Jason busy with attending and watching their children play basketball, softball, hockey, and participate in 4-H projects of horses, cattle and chickens. She is employed as a customer service representative for Blarney Castle Oil, Propane in Scottville. When Angel was still in school, she met Sheri Howe and Ashley Jabrocki (now WMFA Directors) who were involved and they introduced her to the Mason County 4-H Youth Program. As a 4-H Club member she exhibited her horse and attended the annual fair. Now she is a co- 4-H Leader with Ashley Jabrocki for the Boots & Bling 4-H Club. Angel serves on the Horse Committee, but admits she is an all-around director who helps out wherever she is needed. She has helped especially with grandstand events, activities geared for kids and winter storage. (Term expires 2022) 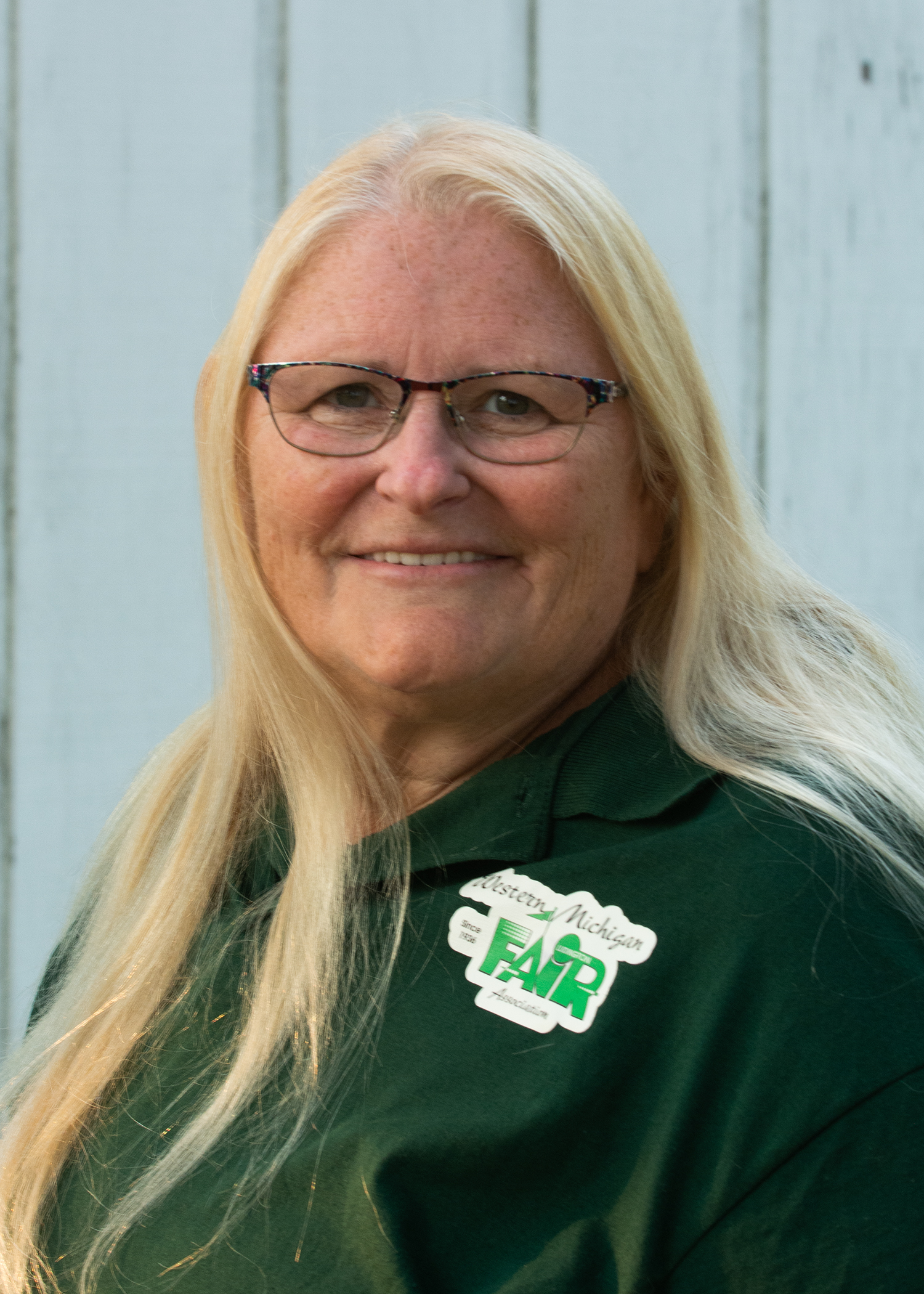 Linda Hackert was born and raised in Ludington, and graduated from Ludington High School. Linda was the city girl who met and married the country boy. Together they owned and worked a dairy farm in Amber Township. She and David have two adult children and three grandchildren, who all have been involved in some form or another with the Mason County 4-H Program and West Mi. Livestock Council. Linda’s committee assignments are Superintendent of the Floriculture Building, overseeing the fair office during the annual fair and chairs and coordinates winter storage program. Having an artistic flare, Linda’s work can be seen with the small painted barn quilts, new auctioneers stand and photo backdrop for market animal buyers. (Term expires 2022) 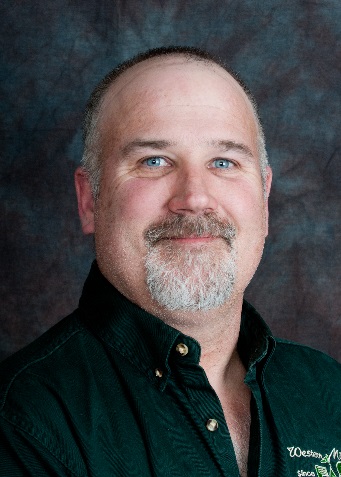 John Shoop has been a Mason County resident since 1976. He graduated from Mason County Eastern High School in 1983. He grew up working on area farms. For seven years He worked as an over the road truck driver and then 20 years as a service technician and delivery representative for Amerigas. Now he is back doing what he enjoys most...farming. John married his wife in 1991 and they are raising four children. AmyGrace, Jacob, Andrea and Audra. He has been a board member since 2005, serving on the Executive Board in the past. Skills he brings to the board are equipment operator, carpenter, propane gas repairman and an occasional welder. (Term expires 2023) 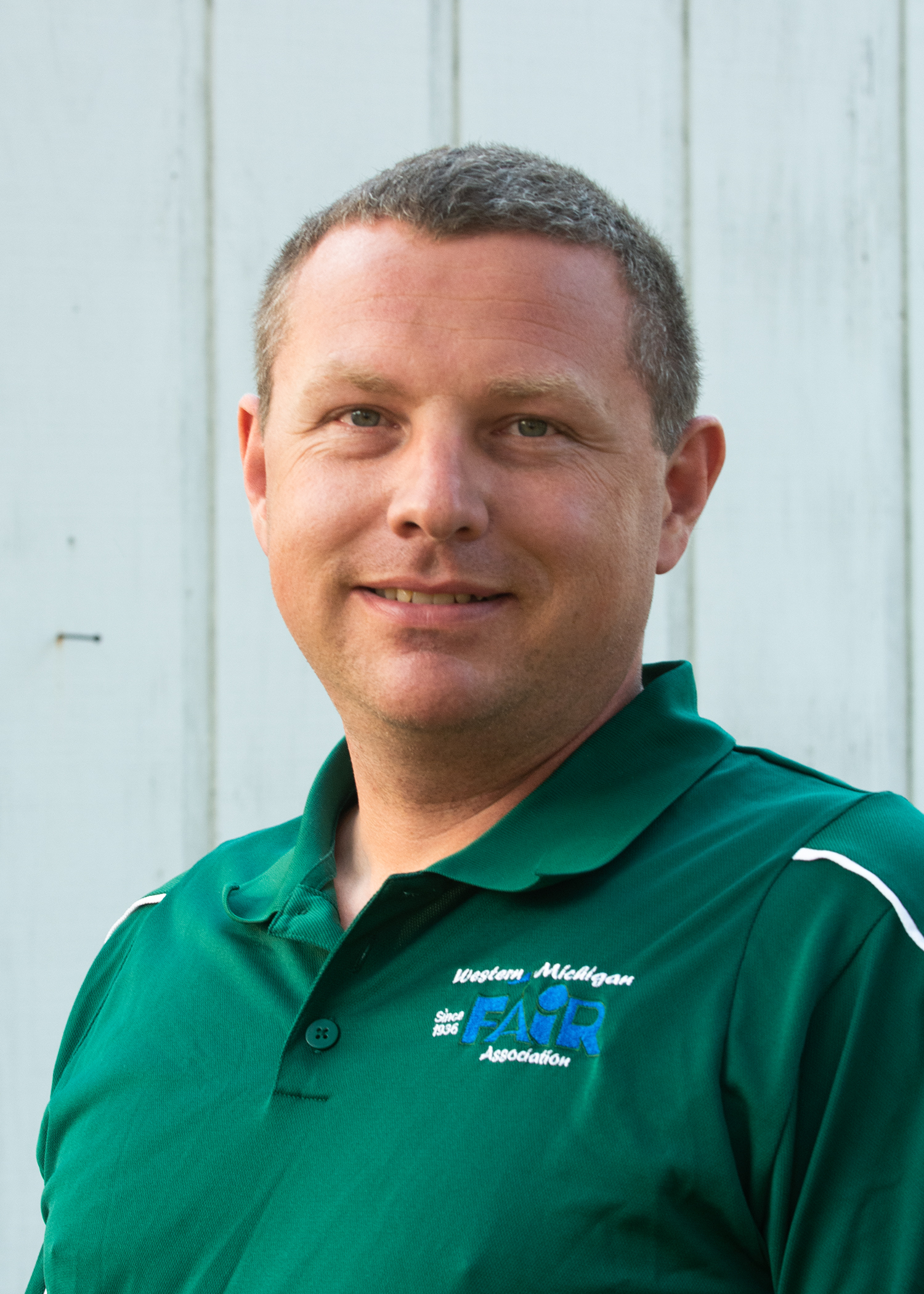 Andrew (Andy) Quillan has lived in Mason County most of his life, graduating from Mason County Central and then continuing his education, receiving an AA degree from West Shore Community College and a B.A. degree from Grand Valley State University. He and his wife Kim reside in Sheridan Township, along with four children. The kids exhibit swine at the annual fair and market their projects through the West Michigan Livestock Council. Andy is employed with UPS and when time permits, he loves the outdoors, camps, ATV’s and anything that deals with motorsports. Being elected to the WMFA Board of Directors, Andy hopes to bring a different perspective on what can be done and how the idle areas of the fairgrounds can be used. He believes it is important to honor the past, and still wants to continue to update the grounds. But at the same time would like to bring new and different entertainment to the area. He feels that Mason County has one of the best fairgrounds in the state and wants to help keep it one step above the rest. (Term Expires 2024) 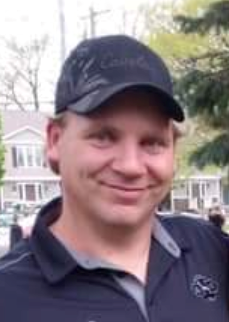 Dennis Cregg knows all about the Western Michigan Fair and Mason County Fairgrounds since his family can be regarded as “4-H Royalty”, beginning with his grandmother Frances “Granny” Cregg, father John, brother, sister, his children and nieces and nephews. Dennis admits he enjoys seeing his children and other family members as they carry on the family tradition. Dennis is employed at Marquette Rail as a diesel mechanic. His responsibilities on the WMFA Board is serving on the Building and Grounds Committee. This allows him to have a hand in helping maintain and improve the 61 acres and 27 buildings on the fairgrounds. Dennis especially enjoys the annual market animal sale and is available to help whenever needed. (Term expires 2022) 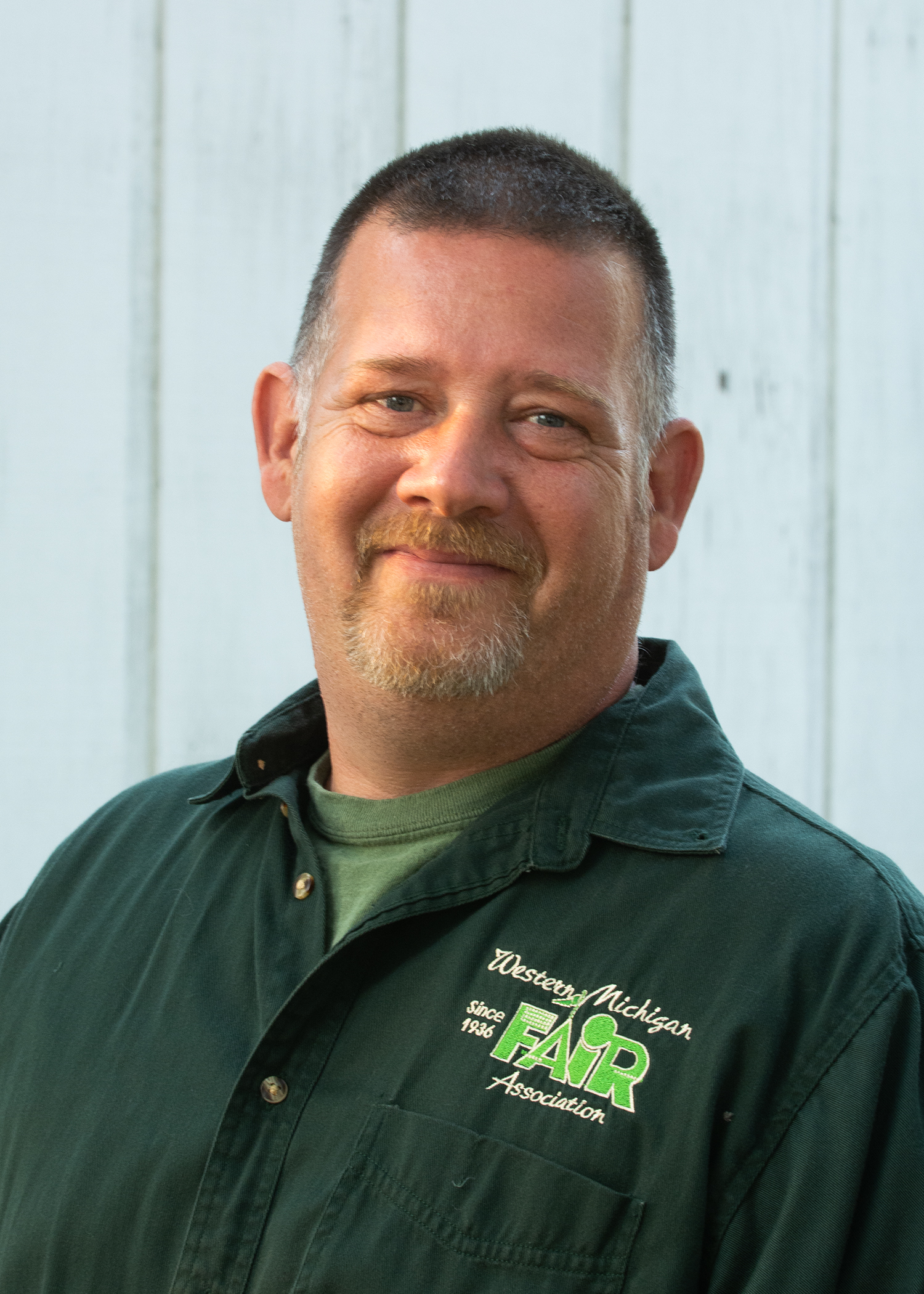 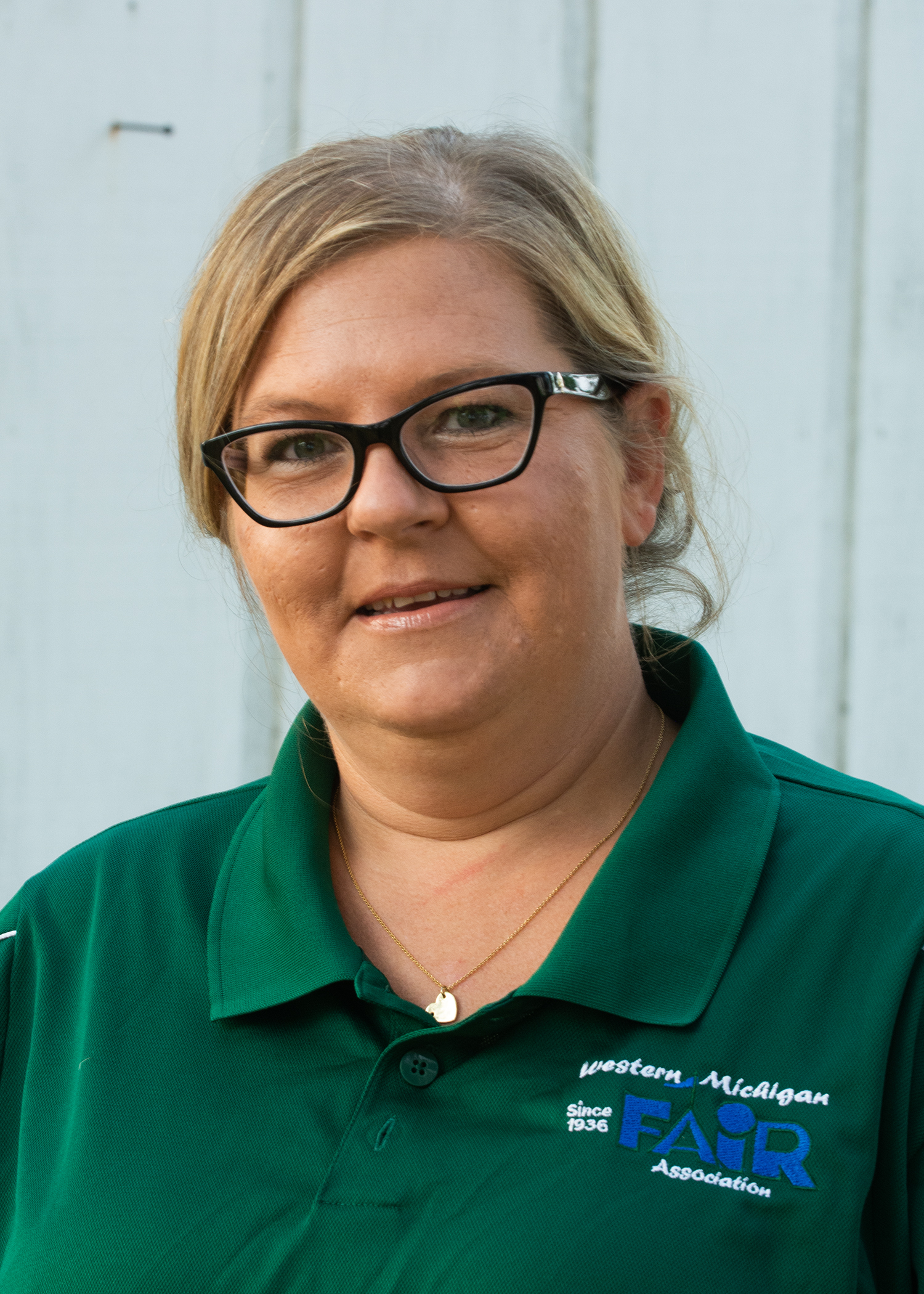 Debra (Deby) Gustafson was elected to the WMFA Board of Directors in 2020. Mason County was home until 1997, when her family moved south a mile and a half into Weare Township, Oceana County. Deby attended school in Pentwater and received her GED. Until some serious health issues curtailed two career choices, Deby is now very happy working for the family business, Gustafason Well Drilling, Inc. Deby has two adult children and several wonderful nieces and nephews who are 4-H members and introduced her to the joys of attending the annual fair. Other interests are traveling, camping and family time. The reason Deby ran for the Board was to give back to the community and in her words “share some of her useless knowledge!” One area of expertise learned as time serving as the Weare Township clerk, is assisting the WMFA treasurer with the daily cash office responsibilities. She also helped with parking and filled in wherever there was a void. (Term ends 2023)

Scott Merz, Jr was elected WMFA director in 2021 and the 2022 Western Mi Fair was the first time serving as a director.  After volunteering to help out in 2021, he felt serving on the Board would be an opportunity to give back to the community. A lifelong Mason County resident, residing in Eden Township, Scott graduated from Mason County Central. He worked in the local farming industry for many years, but now is employed by Gustafson Well Drilling and Malburg Sanitation. Being an avid outdoorsman, he enjoys fishing and hunting. WMFA committee assignments include Traffic & Parking and Safety & Security. (Term expires 2023)